TWith time, there was the need to secure a place of meeting in the Helsinki area, in view of the growth of the assembly. Eventually, in the year 2003, the faithful Lord provided a hall in the basement of the Lukas Church, the Swedish branch of the Lutheran church in Helsinki, through the effort of one Pastor Stig – Ul of Feinstrum (a former missionary to the West African State of Senegal) and a very lovely servant of the Lord. He had been engaged in various missionary activities in Africa and the world at large. Until this time, the group was meeting under the name “PENTECOST

In May 2003 the ”Church of Pentecost Intercessory Fellowship” was formally inaugurated by Pastor Thomas Osei during his first visit to Finland raising it to the Status of a Church. In June 2003, the Church had the privilege to move into a more spacious auditorium in the same premises and the meeting days of the church changed from Saturdays to Sundays.

The Church in Finland established contact with Ghana through the Church in Norway, as they were instrumental in the formation of the church in Finland. Within the short period of existence, the Church had grown in numerical strength from 10 to an average adult attendance of 42 and 17 children, which by Finland standard, is good progress. The growth of the church has been through prayers, the word of God, invitation, as well as visitation. Tracts with church venue address and telephone number were designed and given out to people. Elder George Arthur paid regular visits to Finland and encouraged the brethren to persevere in prayers.

The first apostle who visited the church was Apostle Baidoo then IMD. But pastor Thomas from Norway also paid a regular visit to the church in Finland. Other Apostles who visited the church in Finland from Ghana are; Apostle Baidoo on two occasions. Apostle Kodua and Apostle Gyimah. The Church was again blessed with visitation from the following missionaries from Europe; Apostle Asabil(Norway) and Wiafe(Italy), Apostle Gyesi Addo IMD, Apostle Newton(UK), Apostle Andy( Norway). The church also received a good number of pastors from the Church of Pentecost. All these contributed immensely to the growth of the church.

In the early part of 2004, the church experienced a dramatic decrease in its membership as a result of an immigration policy embarked upon by the Finnish government, which compelled some of the members to leave the country.

The Church started to grow again in early 2005 and since then it has grown both in numbers and in spirit.

In February 2001, Apostle S. K. Baidoo, the then National Head of COP, Italy, and coordinator of the churches in Europe invited Elder Alex Asiedu to Norway for a one-week Leadership seminar. Following the growth of the Church and increase in Leadership responsibility, in August 2005 two Elders (Samuel Anini and Dr Mark Appiah), one Deacon (Kwadjo Owusu) and three Deaconesses (Monica Anini, Anne Asiedu and Georgina Otiwa) were ordained by the IMD, Apostle SK Baidoo during his visit to the church in Finland.

Elder Alex Asiedu was the first presiding elder of the Church (2005-2008). With his leadership and vision, the church became a vibrant home for people of every race and cultural background. Its aim has been “Knowing Christ and making Him Known” to others particularly within Helsinki and across the entire nation, Finland. Elder Mark Appiah was the next presiding elder (2009-2010). His term as a presiding elder saw growth and because he was not here often, he asked Elder Samuel Yaw Anini to take the major role since Elder Samuel was then the Church national secretary. Elder Samuel Yaw Anini was the last presiding elder before the arrival of Pastor Edmund Appiah. There was growth during his term and the church started Vaasa branch which had its challenges until Pastor Edmund Appiah came and started it all over again. The Akan and English assembly started during His term and started once a month half-night prayer service. During his term, we also bought a mission house and requested for resident Pastor. Eventually, Pastor Edmund Appiah was posted to Finland in 2013.

We use cookies on our website to give you the most relevant experience by remembering your preferences and repeat visits. By clicking “Accept”, you consent to the use of ALL the cookies.
Cookie settingsACCEPT
Manage consent

This website uses cookies to improve your experience while you navigate through the website. Out of these, the cookies that are categorized as necessary are stored on your browser as they are essential for the working of basic functionalities of the website. We also use third-party cookies that help us analyze and understand how you use this website. These cookies will be stored in your browser only with your consent. You also have the option to opt-out of these cookies. But opting out of some of these cookies may affect your browsing experience.
Necessary Always Enabled

Any cookies that may not be particularly necessary for the website to function and is used specifically to collect user personal data via analytics, ads, other embedded contents are termed as non-necessary cookies. It is mandatory to procure user consent prior to running these cookies on your website.

Click below to chat with our Pastor on WhatsApp or send us an email to info@copfinland.fi 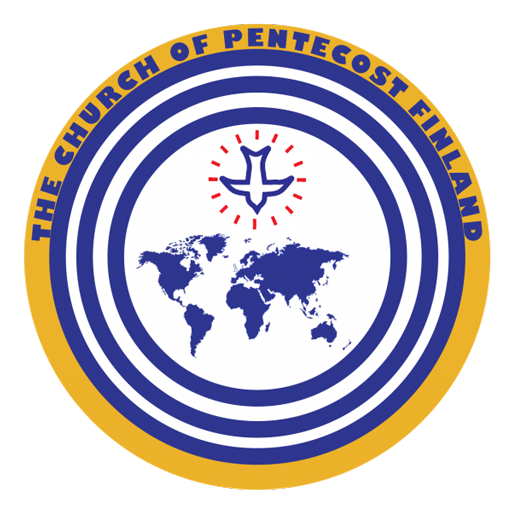 Pastor Pastor Francis Owusu Kwaah
× Chat with us on WhatsApp